Thanks to Dominic Candeloro, Curator of the Casa Italia Library in Chicago, for the invitation to share the story of the Cherry Mine disaster at the 2022 IA Literati Day. Special thanks to fellow writer and descendant of Italian immigrant coal miners, Terry Quilico, for the best introduction I have ever received.

The United States' worst coal mine fire for loss of life took place less than 90 miles from Chicago, yet remains a little known but important piece of U.S.A., mining, and labor history. My book, Trapped: The 1909 Cherry Mine Disaster, is an extensive account of that tragedy and its aftermath.

I am proud to share Terry's introduction and my presentation.

Many thanks to Stephanie Longo and Ovunque Siamo for the generous praise in her review of Unto The Daughters, which reads, in part:

"This book should be required reading in any Italian-American History class, as well as anyone wishing to study the female’s role in the Italian family. This book, while not an exercise in journalism, could also prove beneficial to students of the craft as Ms. Tintori’s prior training in the field served her well while untangling her great-aunt’s mystery."

"Unto the Daughters proves that all stories of our ancestors deserve to be told, the good, the bad and the ugly…and perhaps that is Francesca Costa’s legacy to us all."

If you are an educator using Unto the Daughters in your curriculum, I would love to know. I have visited several classrooms both in person and via Skype. Grazie tanto.

Scholastic Magazine brought the 1090 Cherry Mine disaster to the attention of middle grade students in the United States with a full-color cover story in its November, 2019, issue. Highlighting the prevalence of child labor in 1909, Scholastic painted the grim picture of children's daily lives early in the last century via the story of the United State's worst coal mine disaster. School was not an option for children born into poor families, nor from immigrant families who crossed the ocean to work in U.S. coal mines. Every nickel and dime earned by these young boys was desperately needed for daily survival. So parents falsified ages on job applications while mine company bosses looked the other way, and children sat for hours in complete darkness  -- tasked with the boring duty of waiting to open and close tunnel doors to permit mule teams to pull full coal cars to the elevator shaft and then rush the empties back to the miners to refill.

Among the major legal changes resulting from the Cherry Mine disaster was the adoption of stricter national child labor laws.

Seven months after the disaster, the St. Paul Coal Company, which operated the mine at Cherry, pled guilty to nine counts of child labor law violations -- and was fined a total of $630.

If you are a teacher who discussed the Cherry Mine disaster with your students as a result of Scholastic's feature coverage, I would love to hear the children's feedback.

Listen in as Karen Discusseses Honor on BackStory

Backstory's examination of honor throughout history includes an interview segment about my great-aunt Frances's story, told in Unto The Daughters: The Legacy of an Honor Killing in a Sicilian-American Family.

Listen in as I discuss the many facets of honor at play in the story of my great-aunt's murder with Joanne Freeman, Yale professor of history and American studies.

Backstory is a weekly podcast that uses current events in the United States to take a deep dive into the American past. Hosted by noted U.S. historians, BackStory is made possible through the Virginia Foundation for the Humanities and has ranked in the Top 10 of the iTunes Society and Culture list and as high as #10 among all iTunes podcasts.

The full podcast can be accessed at the Backstory website here. 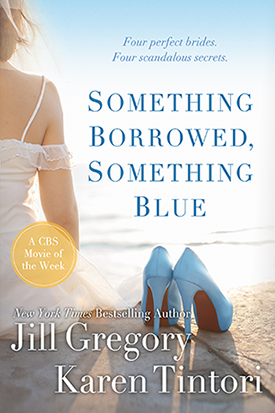 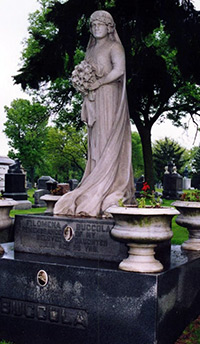 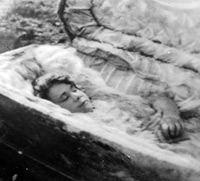 When Dominic Candeloro asked me to contribute a study of an Italian woman from Chicago to Casa Italia's new anthology, Italian Women in Chicago, my immediate thought was "Frances Cabrini."  Just as quickly, I dismissed the Italian-born saint from consideration, certain that another contributor had surely claimed her. I began searching the internet for a little-known Italian woman with a Chicago connection and stumbled upon the mystery of the ghost bride, Julia Buccola Petta, who died in childbirth and who haunts Chicago's Mt. Carmel Cemetery. With a little genealogical research and a bit of sleuthing, I was able to resolve the mystery of her stillborn child. Later, to my surprise, Dominic Candeloro invited me to contribute a second piece to the anthology--one about Mother Frances Cabrini. 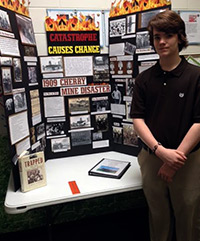 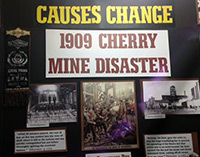 I’m a proud member of Novelists Inc., the only writers organization devoted exclusively to the needs of multi-published novelists. In April, 2012, we published our first-ever fiction anthology, Cast of Characters. More than a year in development, Cast of Characters is a huge volume of original fiction. Nearly five hundred pages long, it includes twenty-eight original stories, eleven of which are from New York Times bestselling authors. You can read more about it here.

I'm thrilled that my first-ever short story, Down Under, is included in the anthology, and I can't wait to hear what you think about it.